Atlas Passion is an interdisciplinary work, adjusted exclusively to custom fit each performance venue in coproduction with Ensemble Musica Sequenza.

Following on from „Bach Silent Cantata“ (Sony Music) and „Sampling Baroque / Bach“ (International Bach Festival Switzerland) Burak Özdemir is with „Atlas Passion“ again creating a choreographic installation within a specific architectural environment. Özdemir uses Passion-music by Johann Sebastian Bach as the foundation for his latest work. The nucleus of Burak Özdemir’s exhibition-like platform is supported by four baroque sopranos, representing the angelic voices of Bach’s four passions. These four angels are complemented figuratively by dancers, actors, musicians as well as light, costume and visual designers in a choreographic dialogue.

„Atlas Passion“ actively engages the community, using geographic information from the Bible, Torah and Koran to confront the current state of world politics. The structure of the piece is overlaid on the architecture, using the entire building as a 3D map. The project cross-references today’s highly sensitive socio-political topics such as war refugees, middle-eastern conflicts as well as anti-national and religious-extremist concerns on an open artistic platform. Humanity today is facing violence, war and hunger; these themes were prevalent and widely discussed in Bach’s passion works. Özdemir uses the spiritual content of the four Bach Passion works from an objective point of view. He excludes the Saints; Matthew, John, Lucas and Marcus, this absence highlights the socio-political information of biblical times that are critical and most accurate to our political environment today.

The project has Johann Sebastian Bach’s oratorio setting as its centre, using the Passion as a dramaturgical foundation for the work. The choreographic staging and lighting indicate the map (Atlas) and the boundaries between territories. In the course of the performance the artists on stages, staircases and foyer, pass through various „membranes“ separating the world of the current living (Reality) from the timeless existence (Spirituality). The audience first experiences Özdemir’s subtle installations upon entering the architectural environment of the theater. There they form a collective in the foyer, where they discover the first performing sculptures. By audio and visual signals, the audience is gently guided along the path and visits the rooms, installed with inter-disciplinary performances (living sculptures). Finishing the tour for Özdemir is completing the cycle (Ring); the audience is brought back to the starting point to attend the final chorus (Schlusschoral).
The music for the „Atlas Passion“ is a contemporary study on Bach’s four passions, effected by Bach’s soulful Arias and radical choir passages (Volksstimme) which are reimagined by Özdemir. The Atlas choir is formed by actors and partially by audience as a contemporary speech-choir, performing newly-written segments in German, Latin, Hebrew and Arabic languages. Bach’s biblical Passion libretto is sung  in German language. The artists of Ensemble Musica Sequenza will be dispersed throughout performance space, in unexpected combinations along with the dancers and singers. The title roles are sung by four baroque sopranos, including the magnificent baroque soprano Diana Ramirez, her partner is the absolutely equal Margret Bahr. As the assistant choreographer, Larisa Navojec, a partner of the ensemble, is committed to the work. She and Özdemir have already staged numerous choreographic scenes including Pergolesi’s „La Serva Padrona“  and Purcell’s „Dido & Aeneas“ within „Opera del Futuro“ series. Musica Sequenza performs on historical instruments of baroque era and provides structured improvisation under the direction of Özdemir.  The total performance duration is two and half-hours, with no intermission. 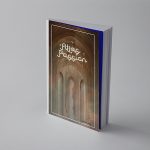