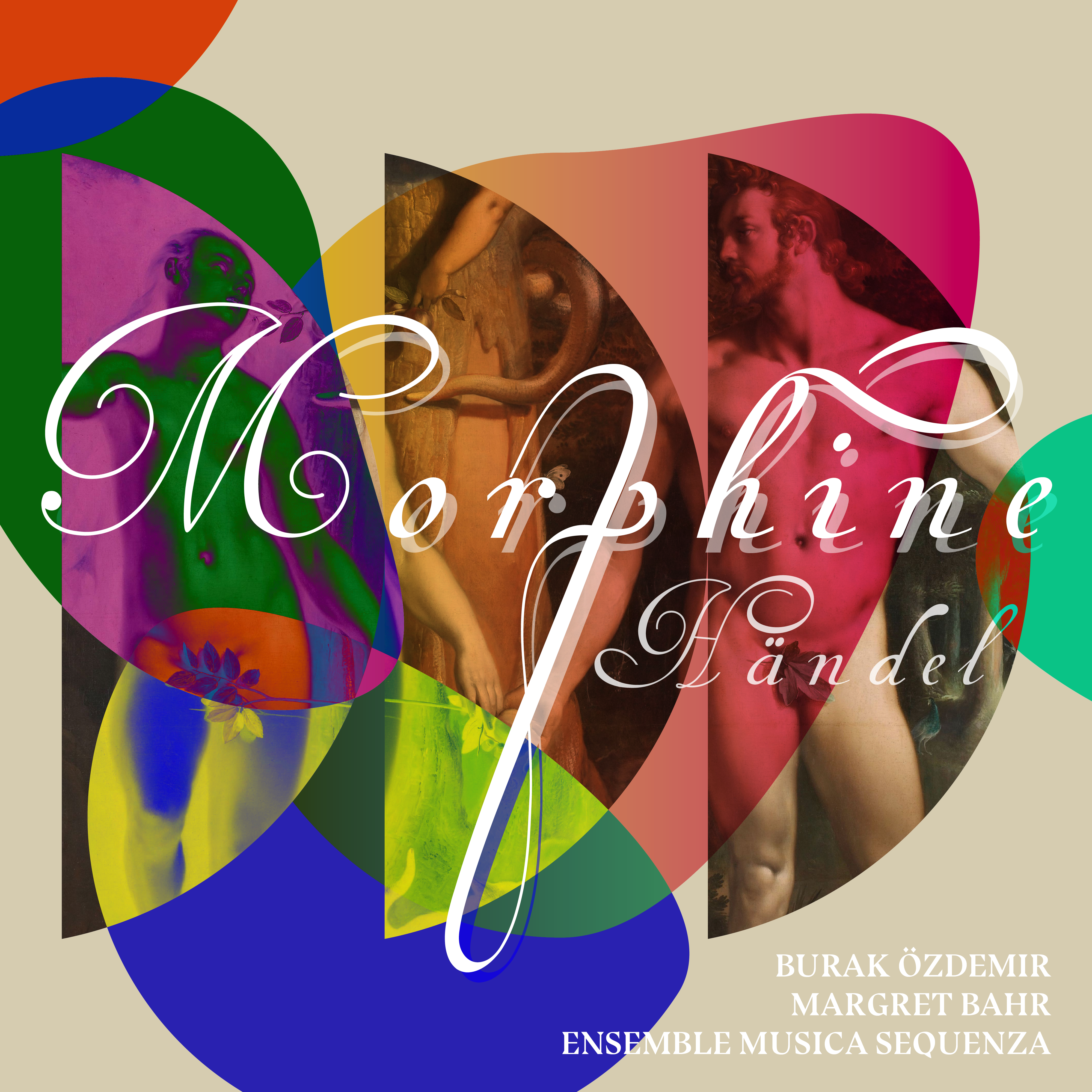 ALBUM OUT ON ALL PLATFORMS
Cover & Artwork by Studio Daniel Mulder

After his milestone Händel productions SAMPLING BAROQUE (Händel Festspiele Halle) and STILL SEMELE (Kölner Philharmonie) Burak Özdemir develops with HÄNDEL MORPHINE a new work, based entirely on Georg Friedrich Händel’s operas. Händel’s arias are considered to be the most timeless songs of European musical culture. Three centuries later, these songs still speak to our souls and activate our deepest emotions without the slightest hint of aging. HÄNDEL MORPHINE, a delicate selection of Händel’s twelve transcendental and gentle arias, is curated for soprano, solo bassoon and baroque ensemble. The pasticcio was a common practice in the 18th century, as there was no copyright policy in the baroque era. Composers used existing pieces of music for a new opera or put them together to create a newer content. Händel created several pasticci. While compilations were rated negatively after Händel’s death, today they are again highly appreciated. For his project HÄNDEL MORPHINE, Özdemir created a unique pasticcio and composed original interludes to connect the songs with another as an uninterrupted playlist. The atmosphere in this artistic blend creates a subtle and spiritual state of being weightless floating in super-balance. Özdemir researches in his work the audile limits of an human ear, whether we can reach out to utopian fantasy landscapes, where the vulnerability and beauty of  daydreaming can be witnessed through a highly concentrated way of listening.

Özdemir explained the creative process with own words:’The epidemic stopped the rotation of the world at once. Humanity has been passing a serious test. The music has always been our guide, that sheds light on us in dark tunnels. MORPHINE was a painful birth for me. I had serious hesitations about releasing it at such laborious times. But I realized, how good this album does to me, when I listened to it from top to bottom. I continued my day with such restored energy. That’s exactly why I decided not to wait any longer to share it with the world. I want this music to comfort listeners all around the globe, especially on these challenging times.‘

German recording producer Christian Jaeger and Burak Özdemir have already worked together in the making of several albums of Musica Sequenza, including the all time bestseller BACH : THE SILENT CANTATA, RAMEAU A LA TURQUE and SAMPLING BAROQUE / HÄNDEL. Baroque soprano Margret Bahr of the album, has previously appeared as a soloist on Özdemir’s interdisciplinary Bach production ATLAS PASSION. The visual world of HÄNDEL MORPHINE including its cover, artwork and video materials, is developed by Dutch art director Daniel Mulder. Studio Daniel Mulder have created visual aesthetics for Musica Sequenza’s previous projects such as HERMES, DEVAS and OPIUM.

‚Händel should be taken as a role model by artists today, especially when they are afraid to create larger productions. Händel worked extremely hard on his operas. He took risks, in times he earned, other times he lost. But he always kept following his vision, in which Italian vocal music should become a world culture. MORPHINE is our third production after Händel. All three projects were based on Händel’s operatic works. There are two definite reasons behind this: color and drama. I am personally a big fan of Händel’s way of using instrumental sounds in combination, where he created unheard colours. He didn’t have access to the digital technology I use today to create my sounds, but he definitely pushed his orchestra to its limits. Musical characters in general, are never easy to create. You need a distinguished tone for each of them, in order to help audience follow the narrative on stage. Händel’s each opera contained unique writing techniques and styles, which allowed him to bring such differentiation between those artworks. This helped, not only the dramatic affects to be powerful, but also the characters became more defined and alive. I followed his footsteps on these aspects, when I searched for new affects. There is always something new and inspiring to discover, when you turn pages of a Händel score.‘ explains Özdemir. HÄNDEL MORPHINE with its virgin, transparent and ultimately surrounding aspects, unites us listeners on an invisible and universal island of sonic existence.