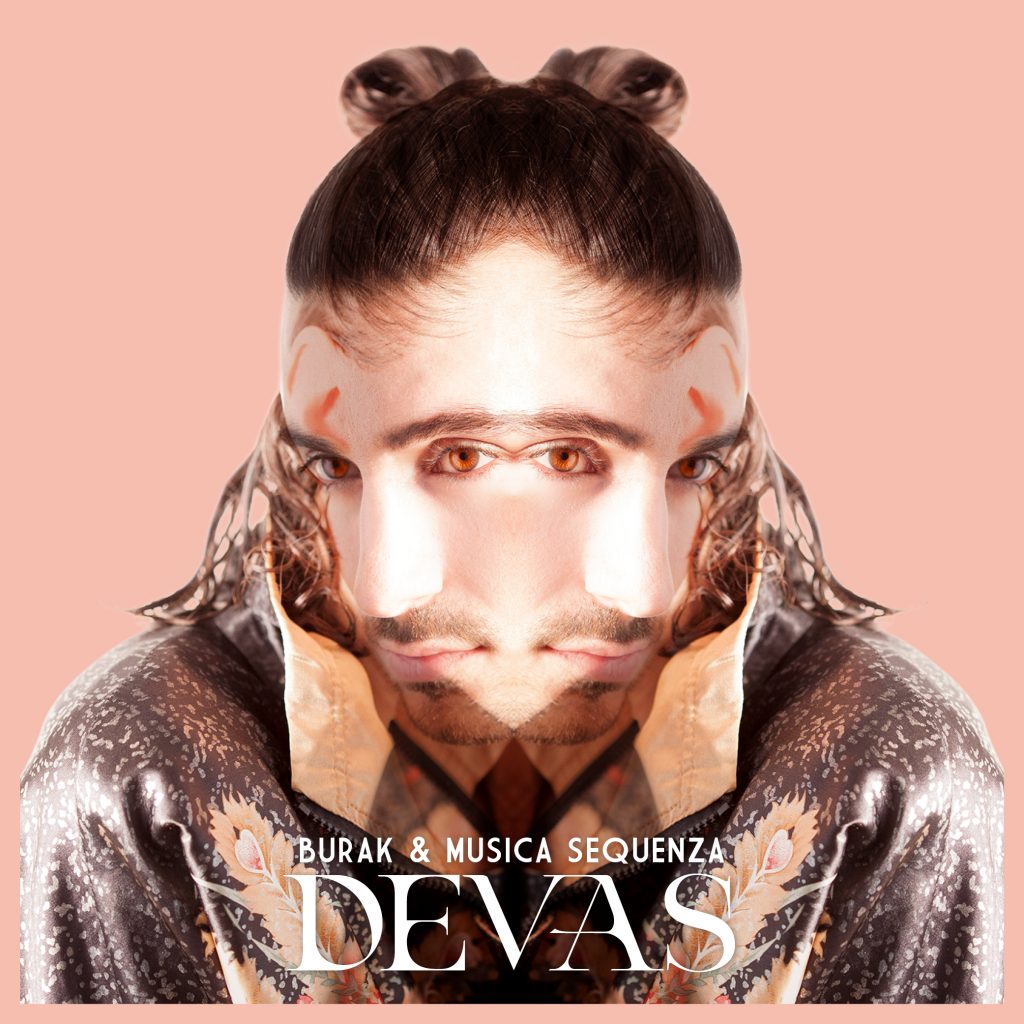 Over a year after the release of his debut album ‘HERMES’, BURAK launches the follow-up album, ‘DEVAS’, containing the results of collaboration with Ensemble Musica Sequenza, electronic music producer Alejandro Mosso and internationally acclaimed jazz singer Natacha Atlas. “In current times we are more and more disconnected from our spiritual channels. But spirituality was in the earlier civilizations a valuable quality for human life. This became the starting point for my spiritual series; I decided to create these eight compositions to reveal ancient spiritual legends within my music,” explains BURAK. Devas are the divine deities in Hinduism. This time, BURAKs inspiration came from India. India is a country of temples and many deities, which allowed the music of ‘DEVAS’ to become an urban shamanic ritual. Each track is dedicated to a Deva. The songs derive their meaning from the deities they are inspired by. While the ambient introductive song ‘KAMADEVA’ references the Indian supernatural Demigod of love, the album’s second track ‘SHIVA’, tributes the forceful deity of destroyer. Named after the great deity Shiva, the track is made up of trip-hop inducing, seductive, jazzy and liquid-like beats. “In the track ‘SHIVA ’ there is an invisible, powerful creature surrounding us with her magical energy and we sense her force within the song,” says BURAK of the track.

The musical language of ‘DEVAS’ is a bi-tonal blend of electronic sounds and historical instruments, which are performed by Ensemble Musica Sequenza on both European instruments such as baroque bassoon, baroque violins, organ, combined with rich participation of the traditional Indian instruments; tabla, sitar and bansuri flute. The Indian sounds in the score bring a World music quality to the album. Each track is a combination of multiple genres such as world, jazz, ambient, techno, minimalism and electronica. “Because of this unexpected combination of genres the mood of ‘DEVAS’ is much warmer than ‘HERMES’” explains BURAK. In the track ‘AGNI’ we hear four different lines of baroque bassoon, which BURAK performed one after the other to create a bassoon choir. This experiment allowed the track to become a tribal and ceremonial happening. The visual world of ‘DEVAS’ including its cover, artwork and video clips are developed by Dutch art director Daniel Mulder. Studio Daniel Mulder has previously created the visual esthetics for BURAKs recent projects such as ‘ATLAS PASSION’, ‘HERMES’ and ‘OPIUM’. In inviting these wildly diverse creative people to be a part of his newest album, BURAK opened the door for a body of work that moves beyond the domain of any musical genre. “I see my music as a profound being, which fights back to remain uncategorized. The participating artists allowed these tracks to take their unique forms,’ he says, “DEVAS is an invitation to remember that we are spiritual beings and with the guidance of music, we can break the routines and habits in our daily life and get closer with our inner values.”